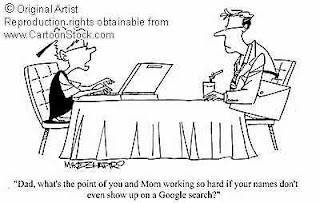 An article from BBC Business this morning discusses how Yahoo! is seemingly struggling to decide what it wants to be when it grows up - if it gets there, that is. In a floundering tale of mergers, takeovers and alliances we see how volatile the emerging world of search engine marketing really is. My prediction is that the biggest innovator will be declared the ultimate winner:
"After weeks of first fighting talk and then stony silence, Yahoo has at long last made a move to escape the takeover clutches of Microsoft.
The company has announced a two-week experiment during which it will show search-driven Google adverts alongside the search results of Yahoo's website.
At the same time Yahoo! is reportedly talking to rival internet portal AOL about a merger. "
Read the full report>>
Posted by @Digital_Daisy at 8:45 AM