From Long Tail to Free 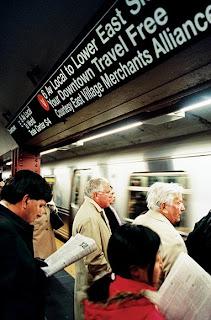 Chris Anderson, editor of Wired magazine and digital visionary published an article called Free! Why $0.00 Is the Future of Business.

In this fascinating article Chris explains why cost to the consumer will drop to zero with a third party picking up the tab. What this will do to the economy as we know it, is mind-blowing. In fact, there is already a word for it: "freeconomy".

Here is an excerpt with the full article well worth the time on the Wired magazine site:

"As much as we complain about how expensive things are getting, we're surrounded by forces that are making them cheaper. Forty years ago, the principal nutritional problem in America was hunger; now it's obesity, for which we have the Green Revolution to thank. Forty years ago, charity was dominated by clothing drives for the poor. Now you can get a T-shirt for less than the price of a cup of coffee, thanks to China and global sourcing. So too for toys, gadgets, and commodities of every sort. Even cocaine has pretty much never been cheaper (globalization works in mysterious ways)."

"What does this mean for the notion of free? Well, just take one example. Last year, Yahoo announced that Yahoo Mail, its free webmail service, would provide unlimited storage. Just in case that wasn't totally clear, that's "unlimited" as in "infinite." So the market price of online storage, at least for email, has now fallen to zero (see "Webmail Windfall"). And the stunning thing is that nobody was surprised; many had assumed infinite free storage was already the case."

"The most common of the economies built around free is the three-party system. Here a third party pays to participate in a market created by a free exchange between the first two parties. Sound complicated? You're probably experiencing it right now. It's the basis of virtually all media." >>
Posted by @Digital_Daisy at 11:41 AM